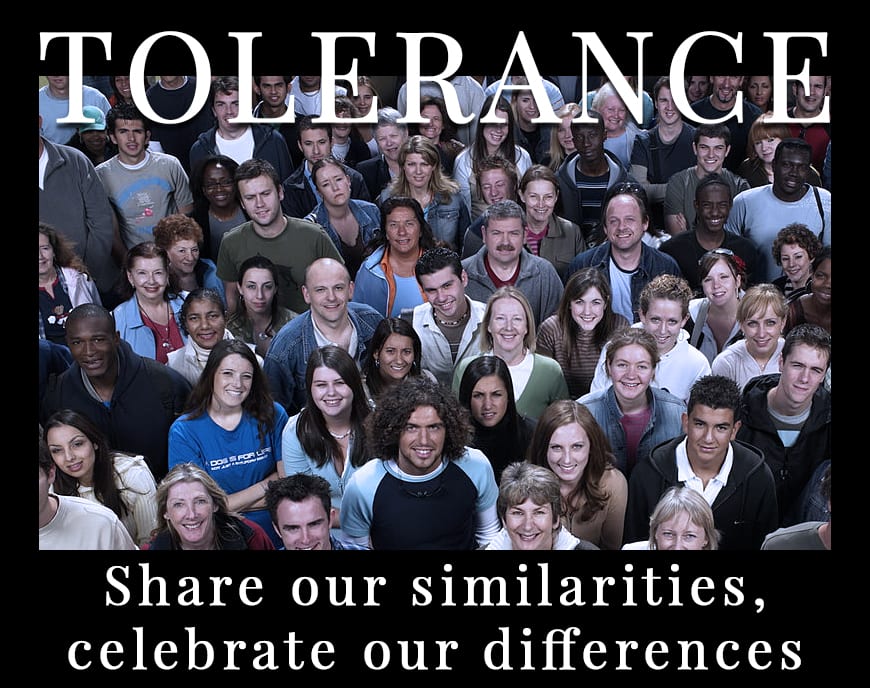 It can be easy to think that certain core beliefs are irreconcilable. You see it with religion and with politics: people are so strongly invested in their beliefs that it seems they’ll never work together.

But there is hope, and that’s by finding our common ground in avoiding hate and violence. You see, most people do not believe in hate or violence. It doesn’t matter whether you follow Judaism, Christianity, Buddhism, Islam, or atheism. It doesn’t matter whether you’re on the far right, the far left, or someplace in the middle. The majority of people simply don’t want to live around hate or violence.

It wasn’t always this way, and that change didn’t happen overnight. Take Christianity. It took centuries to move away from the ideas of the Crusades and the Inquisition, a move that’s still in progress. But armed with that big idea of no hate or violence, progress has been made and continues to be made to this day.

What happens if we take that idea and apply it to politics? Most people do not actively want violence or hate in their community and their country, yet we find it in our political and religious discussions.

We have to find a way to take the hate and violence out of our politics and out of our religious disputes. The only way to do that is to work with compromise and tolerance, or the old “give and take.” It might sound old-fashioned, but it’s stuck around because it works. If we’re trying to resolve an issue, then we need to work together. You help me on a bill, I help you on a bill, and in turn we help the people. It’s not entirely what you want and not entirely what I want, but it’s progress. And it’s done without hate or violence.

We need to share our similarities and celebrate our differences.  The only way to get there is to embrace compromise and respect, and to reject hate and violence. If we all agree to work toward this ideology, then things would get better. For all of us.