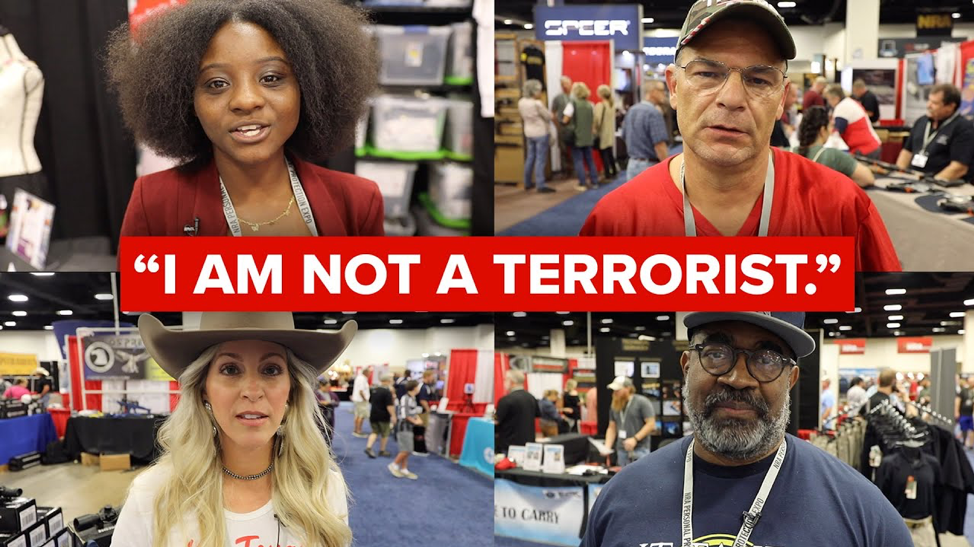 The anti-NRA people always amaze me.  Recently the NRA was called a terrorist organization in a story involving one supervisor and the San Francisco city council.

One of the worst run cities in the country. Refusing to ask for federal help, I don’t mean money, as that doesn’t help.

Hate is not the answer, talk to the NRA. I bet not one member of the city council ever directly talked to the NRA about their concerns or have listened to their ideas and policies that could help them.

So, as a long-time member of the NRA, and Democrat, (35% of their members, your constituents are democratic members) you are calling me a terrorist.

That is the most ridiculous thing in the world to even think about.  If anybody would really do their homework, the NRA is one of the most caring as it relates to second and first amendment protectors in the country. They have been trying to get people to look at the needs of the mentally ill, for years. There are lots of things they are for.  They’re just waiting to work with Congress to get some things accomplished.

I do think there’s more things they should do.  Maybe I don’t agree with everything they do, but I agree for the most part with what they do regarding gun safety, gun safety classes, protecting rights, and seeing that guns are in hands of the right people.  We have such great laws out there now that, if they were ever enforced, we wouldn’t have near the gun deaths

Why doesn’t anybody ever talk about the shooter?  Where were the security guards in El Paso?

We talk about the guns instead of the shooters.  The shooters are all mentally challenged at some level or another.  No one in their right mind would do any of these things.  Don’t forget, 90% of all gun shootings are pistols, not AR15’s.

I think that our efforts should be on education.  If I have any criticism of any of the pro-gun people, including the NRA, it’s not educating the general population enough to not let the radicals dictate the agenda.  Blame the media for this, they won’t get the message out.  The Democrats have been defining the Republican party for 30 years because the Republicans and the NRA can’t get their message out on the liberal media.

I understand they have a huge challenge.  The NRA does, the Conservative parties do. They can’t get any coverage because what they will cover is one person calling us a terrorist and a council that went along with her. This is just amazing to me how naive people are about what the NRA really is and what the NRA really stands for.

As for the totally failed San Francisco city council they need to communicate and find solutions by listening to all people possible before making uninformed decisions.

Hate rhetoric never works toward a solution, it only exacerbates it with negative results and no solutions. No hate No Violence hopes for honest respectful rhetoric. If you talk to your adversaries it can only improve the results, maybe not perfectly but better than hating just to hate.

What are your thoughts?