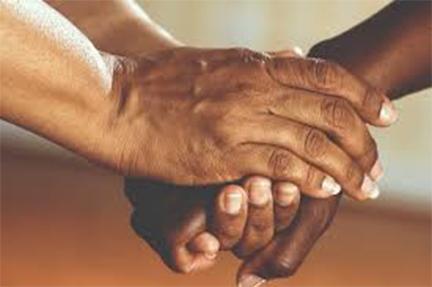 Let’s decide that this is the year of mercy.

This will be a very good year for us to change and to improve the way we help other people in this country. We need to stop thinking about what’s wrong with this country (and all those people who we think are to blame) and more about how we can work together, including those we are wasting our time blaming, to fix this country. And by “we” I do not include our government. I also do not include our politicians, or our regulators, or anyone who thinks they are ‘in charge’. I mean us, as individuals.

I believe this can be the year of mercy for those who are of faith in the world. In Church Latin (6th century) mercy was given a specific link to the heavenly reward earned by those who show kindness to the helpless and those from whom no requital can be expected. The meaning “disposition to forgive or show compassion” is found from the early 13th Century. Also, a sense of “an act or exercise of forbearance or good will” is seen beginning @ 1300 AD.

It’s hard to have tolerance and mercy and to forgive people for their past transgressions, because most of the time it’s more a misunderstanding than a reality. But still, you can really put out an olive branch to help others.

The poor can help the poor by helping each other, which they do all the time. The middle income can help the poor, which they do some of the time. The rich could help the poor in so many more productive ways if they put their mind to it. Without a doubt, people with significant wealth could absolutely eliminate homelessness in less than a year if that were their priority. If we can eliminate Isis, we can certainly get rid of homelessness – don’t you agree? And we have some suggestions and more ideas.

What if 1/10 of 1% of the people in this country who have an empty bedroom, went down and approached a homeless family and said, “I have a bedroom for you. You can have it for up to a year.” I don’t mean just approach anybody. Go talk to bunch of people and find somebody that might fit. And yes, you’ll give them some money and you’ll help feed them. But what you are really going to do, is help them get on their feet, find a job and help them become independent. That’s all they need. That’s all half of them need.

There’s no one answer to the homeless problem, but I do believe that we could make a dent in it. The rich could take a few billion dollars and built temporary shelters for the homeless outside the town. Then they could help move them back in the town after they got their life back together with all the assistance they needed.

Yes, a lot of the people are on drugs. We need to figure out how to deal with that. I think every town needs to build fairly substantial drug rehab centers and mental health facilities.

We’re probably going to eventually realize that we have to empty our prisons of the nonviolent criminals, although I think the jury is out on whether it that makes sense or not. From what I see happening, prisons and mental health facilities can be created without bars on the doors and with more openness, respect and support. Let’s decide help each other. We need more mental health professionals, not just putting all the burden on our existing professionals who are by and large doing the best they can. There’s no doubt we need to spend a lot more money in this area.

We created what we are facing today a long time ago. However, we believe that if we could get the majority of the people living homeless off of drugs and into mental health support, the numbers would drop dramatically.

It’s hard to determine whether somebody is mentally ill as a disease state or whether it’s drugs which are causing their mental illness. Some people have been on drugs too long and that’s created their mental illness. That’s just a fact of life. But imagine what we could do, if even 10% of the people who can afford to really reached out. Can you imagine taking a woman and her child off the streets and helping them get their life back together for year? And then seeing them go on to become a family?

For sure, you wouldn’t have to consider them family, but what if you’re lonely and could really use some good company. Perhaps you want children and can’t have children. You can foster parent children with milder issues and take care of them first. Probably 30-40% of the people on the street don’t want to be there.

Many if not most homeless people don’t want to be there, but if they’re on drugs they can’t help themselves and they probably just plain don’t know any better. They’re afraid..

Well I think we should re-arrange our legal system – we don’t need rules and laws that hurt people and punish them for being homeless, but of course we can’t just throws benefits at homeless people and expect that everything will be ok without any personal efforts. But in this time, in this year when mercy is more important than at any time in recent history, let’s see what we can do to help all people, especially the “least among us”. Let’s extend an olive branch, even if it’s just going downtown and giving people some food – that would help.

It’s nuts to think that giving more and more money to the government is going to eliminate the homelessness. The money will not go to where it needs to go and just giving people money isn’t the answer either. You need to help them redirect their lives to where they can be happy. Can you imagine how good you would feel if you helped turn around just one person’s life every year remaining in your lifetime? You will have had a successful life no matter what else you have or haven’t done. No matter what problems you have had, or what mistakes you may have made, if you can help one person go from the street to a productive happy life, you will be one of the happiest people on Earth – and so will those people whose lives you have touched.