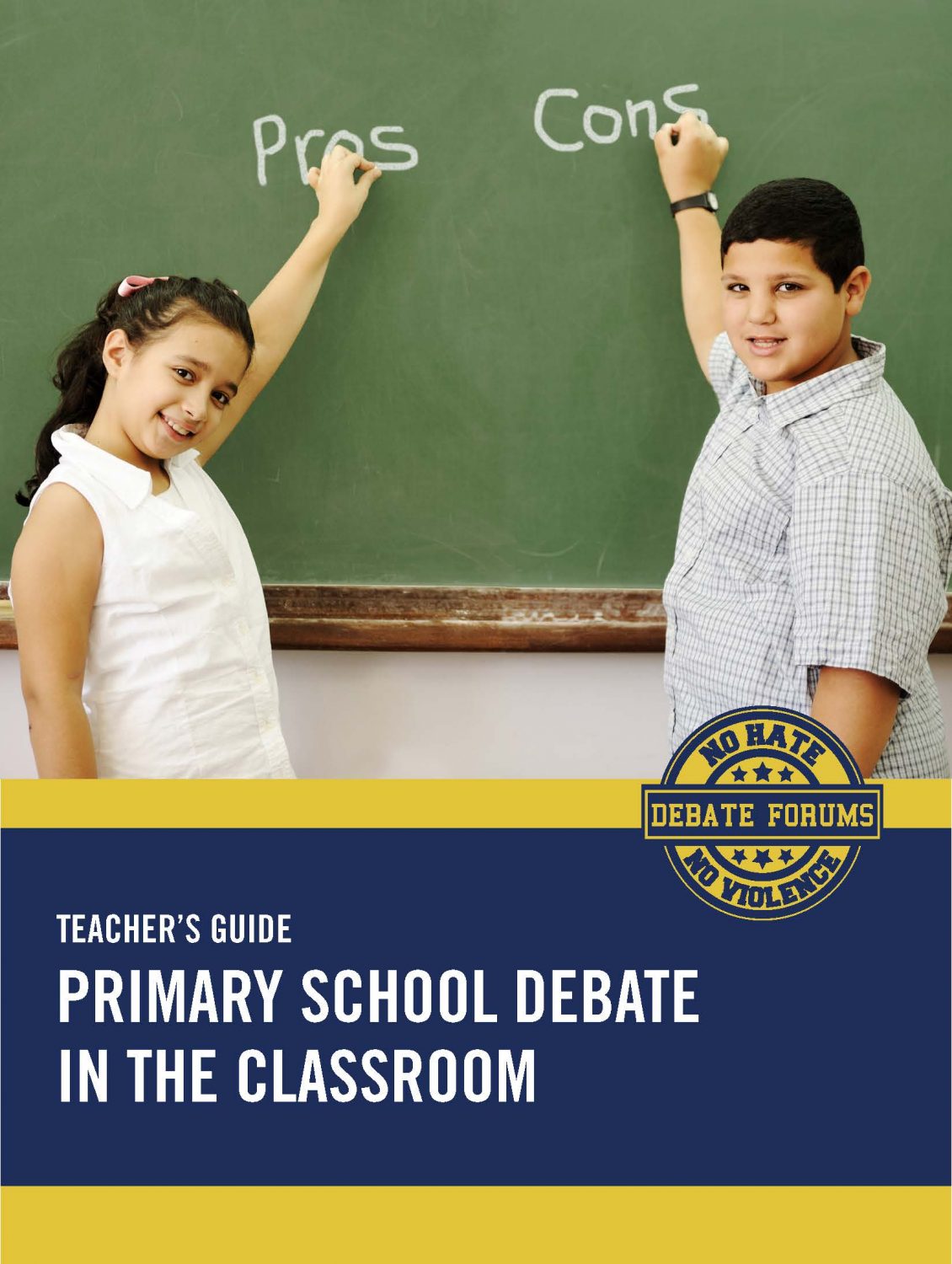 The nohatenoviolence movement is a big believer in open dialogue and people talking to each other with respect, and more importantly listening to each other. Our guiding thought is that “The most important part of free speech is respectful listening.”

As you may know if you’re a follower we’ve been working hard for over a year on a debating program called World Debating Forum for all types of debating, with a special emphasis on classroom debate – a vastly overlooked and very valuable style of debate. Through this no hate no violence website we will feature a series of Opensource books and resources for teachers, students and parents to be able to focus on every aspect of the art of debating. Debate has been declining in the United States, a loss that is largely attributed to budget cuts. We think that part of the decline is that debating has turned from a civilized intellectual sport to a fight to the death-style competition. But we would like to bring it back to its roots because we think ithat classroom debate could help a lot of teachers lighten their load and get more students involved in something fun and challenging that has been proven to help them learn faster and better.

We want more parents to get involved in what the kids and their children are doing because they can support their children in a fun way and it’s an activity that’s fun for those who would like it.

We’re talking about it to athletes, non-athletes and anybody who thinks they can benefit from debate. It would benefit the district, the students are already doing well and understand debating but we’re trying to reach out to the students who are struggling a little bit to give them a better opportunity to get excited about school, getting more cognitive thinking and redirect people like the bullies and the people who will struggle socially. This can actually bring them out into an arena that allows them to be much more socially active and learn by doing it because the kids are working on teaching themselves in an interactive way.

Those smart lucky students will have a positive life changing experience; entitled kids helping underprivileged kids will do more than anyone can ever do for both of them and society.

We know that these ideas have been embraced by some schools more effectively than others; we’re trying to help improve that. We want to encourage communities that can’t get their schools onboard to do it outside in other ways, like their community outreach through church’s boys and girls clubs or just organize a group. Let me just give you a few quotes that have been put out by the American debate league

High-risk secondary school debaters also score better on ACT and SAT tests to get into better colleges and they perform better once in college and in life in general.

Students do not need to be forever debating to see results; even one or two debate experiences improves performance though every semester a student debates their grades go up.

These are pretty good examples of how we can support and help our children, their teachers and the administration to get better results.