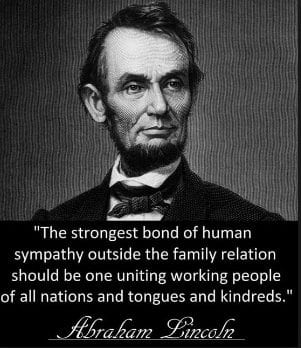 ­Everything in the United States has become polarized – politics, religion, gender, race, identity. We’re segregated geographically, economically and ideologically among too many lines to count.

This is nothing new, and the tension, anger, and resentment that it causes (and that to various degrees has always been there), simmer and sometimes resurface, despite the best efforts by some to keep it under control. Often those least affected by it pretend the problem isn’t as bad as others make it out to be, and when it can’t be denied, those “others” always receive the blame. Too often though, those differences between us are not discussed or addressed rationally, but with a view of dehumanizing those who are different to a point of caricature. All sides do it to some extent or another, some more vocally or cruelly, but nobody wants to accept responsibility for their part in the cycle.

Politically, the sides seem to be formed into unbreakable battle lines. Democrats can’t work with Republicans, conservatives can’t be around liberals, those who don’t fall within those sides aren’t even worthy of a say. Various other groups pick sides, sometimes out of convenience and alliance more so than true belief. The sides vilify each other and reduce them to crude stereotypes – it is easier to criticize if those on the other side aren’t even seen as real people. It’s the poor versus the rich; racial and religious minorities against vocal subsets of the mainstream and majorities; gun owners opposed to any restrictions and those who seek reasonable limits; the LGBT community seeking rights and equality and those who demand traditional gender roles; those seeking more government involvement and support versus those seeking a small government that stays out of their lives (but can intervene in the lives of others as much as it wants). Every issue, ranging from those that define us to those that are merely a passing interest, are used as barriers to divide us, and the personal quickly becomes political. Largely, people want to surround themselves with those that make them comfortable, those who are the same, and not those that challenge their ideas. With these divisions, is it unsurprising that outside forces have been able to so easily penetrate and control our system? They have exploited existing prejudices and resentments to manipulate our beliefs further, stoking fear and hatred to more vocal and visible levels.

And through it all, nobody wants to accept fault for their own actions. It is always “other people” or “the other side” that is to blame. “They” are what is wrong with the country. And, it turns out, you’re right – “they” are what is wrong with the country… just like YOU are what is wrong! Because “they” think the same about “you” as you think about “them.” As long as that mentality continues on all sides, what chance do we have to figure out what is right about the country? Have you ever tried to get to know “them”? Sure, we all sort of have. There’s always “that one relative…” or “that one co-worker…” and “that friend from high school who according to social media has really changed…” and maybe even “that guy I sat next to on an airplane that one time.” But aside from passing pleasantries, or avoiding the complicated discussions for the sake of getting through a necessary dinner peacefully, do people really try to know each other? 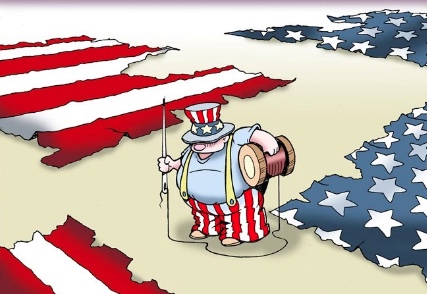 You may notice there are plenty of similarities – these can include basic level things like interest in the same movies or sports teams, to bigger issues like the fact that we all want what’s best for our kids and our country, even if we just have different ideas of how to achieve that. Perhaps the biggest necessity if we want to turn “that person I met” into “that person who is truly important despite our differences,” is understanding and respect, not to mention communication. Understanding that asking for tolerance from others means respecting their dissenting opinion and giving them tolerance and understanding in return. Within most faiths (excepting extremist or fanatical groups, of which, sadly, all faiths have their own to deal with), most political ideologies, every ethnicity and each gender, each perspective and person has something that makes it worthy of being heard. This country is built on political rivalries and disagreements resulting in compromise, going back to the Founding Fathers – if they had agreed on everything then, we would have a much different, and possibly much weaker country than what we have. This system of debate and compromise shouldn’t need to be different now. Our similarities bring us together, but if we don’t let them tear us apart, embracing our differences could make us strong.