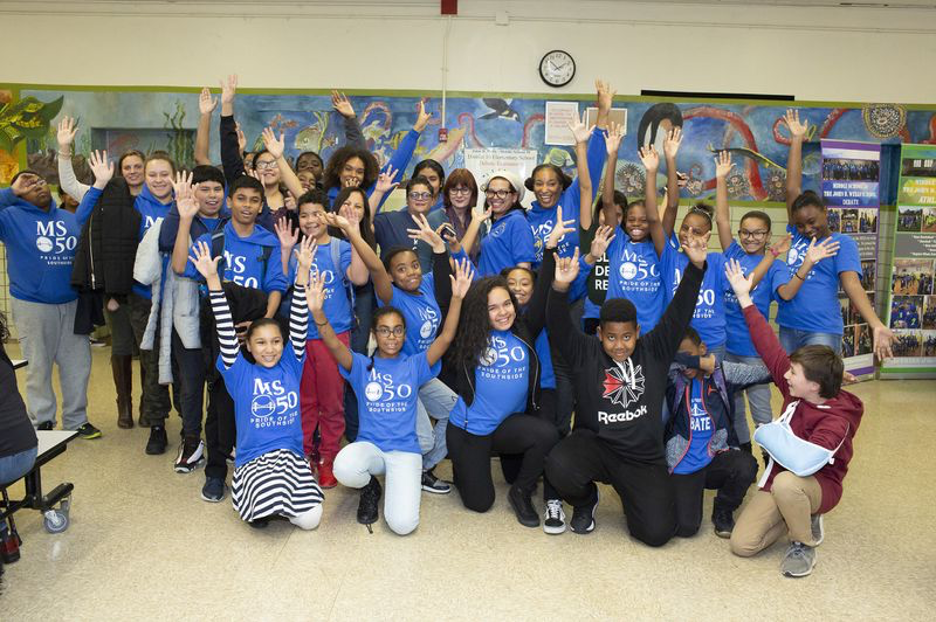 One thing we believe strongly at No Hate No Violence is that we need to lower the rhetoric, increase the tolerance, and become way better listeners.  Simply by becoming good listeners we can automatically lower our rhetoric because then we can answer the questions and points being raised with some facts.  We are a big believer in facts.  Just ranting and raving and insisting your ideas matter more than others without any real cognitive thinking, simply emotional thinking, is difficult for anyone to deal with.

That is why we just finished four years of developing World Debating Forum which we are about to launch.  We are going to distribute it to as many teachers in the world as we can, starting in the United States.  It will show you ways to do in-class debating as well as debating at the kitchen table where you listen and you each take turns.  At the (virtual or physical) kitchen table over the holidays our recommendation is – if somebody gets into a controversial subject, say, “Here’s the deal guys.  You can all talk, but you get two minutes each and it’s over.  It’s over at the end of two minutes.  There are no winners or losers.  You each get to say what you want for two minutes.”  Have somebody time it.

If you start communicating in that way, you will be amazed at how easily you lower the rhetoric and increase the dialogue.  If somebody simply whines and complains for two minutes, they finally realize they have accomplished absolutely nothing.  Yet, if they talk calmly and logically and back it up with some facts, they find they can get a lot conveyed in two minutes.

We teach everyone from students to business managers how to get a whole lot of great communication into a short period of time.  Why?  We come prepared.  We come prepared for argument.  If you believe in a certain thing, even politics, just always be prepared and have the facts to back it up.  Don’t just say, “I don’t like this guy,” or, “I hate this guy just because of the way he talks.”  I don’t think that works.

What works a whole lot better is, “I don’t like this guy because of this fact and that fact,” and let it go at that.

For example, take the Police Departments or the teachers in this country.  Why do they become burned out so quickly?  It is because of the way they are treated.  If they were treated with respect, they would be a lot more effective for a long longer.  How would you like to be a teacher or cop in Chicago and be called every name in the book, every hour of every day and then be expected to have a good attitude while you are teaching or patrolling the community?  It’s impossible.  To blame the teachers is not right, but at the same time, you know, having young, fresh teachers sometimes is what it takes.

Our debating forum is really going to show you how in-class learning can be done in either physical or virtual classrooms.  It doesn’t make any difference if you only debate in your class or whatever once a month.  What is important is that you do it!

We believe in the unrecognized connection between debate and athletics in building better lives.  Click this image for a great 8 minute video on this hidden connection!

You know how it’s always been said that athletics makes better people who ultimately do better in life and in school?  The truth is:  That only applies to those who are top athletes.  The 96% or 97% of the people who are not in the tier of top athletes actually do much worse in life because they are so disappointed they didn’t make it, feeling that they wasted and spent all their time on that goal.  They struggle with reading, writing and arithmetic.

Look at the colleges.  We worry about getting our kids into college.  I would much rather graduate 98% of our high school kids than even have colleges because our country would be a much better place to live because a lot less people would be in gangs, and a lot less people would be living below their potential for happiness and productivity.  On the other hand, if they grow up in a debating environment during school, learning to think cognitively rather than emotionally, they may be able to land an internship with a future employer while still in school.

If you want to go to college for free, become a debater and then shop around for some companies in your junior and senior year of high school and ask them to hire you when you graduate from college.  Many will put you through college for free, and I am talking about major companies like Intel, Amazon and others.  Many companies have programs like that.  We should be teaching our kids how to fit into society.  It doesn’t mean you have to make a decision for the rest of your life.  You might decide for the first five or ten years of your life.  “Okay.  I’m going to go to college on Amazon, and I’m going to work there three or four years.”  Trust me.  People will try and hire you away from Amazon if you are any good.

Whether you are debating formally, informally, in-class debating, socially or in the running of your business, debating is going to become one of the biggest things to ever happen because it can be done virtually so well.  In the future it will be a major way of running businesses and negotiating deals.  I predict a new “Art of the Deal” that incorporates applied debating techniques across the business spectrum from weekly staff meetings to negotiating mergers. The reason I can so confidently predict the coming of  “The Art Of The Debate” is that I’m writing it.

STOP TALKING AND DO SOMETHING!